Who is Ankha In Animal Crossing and What Should You Know? 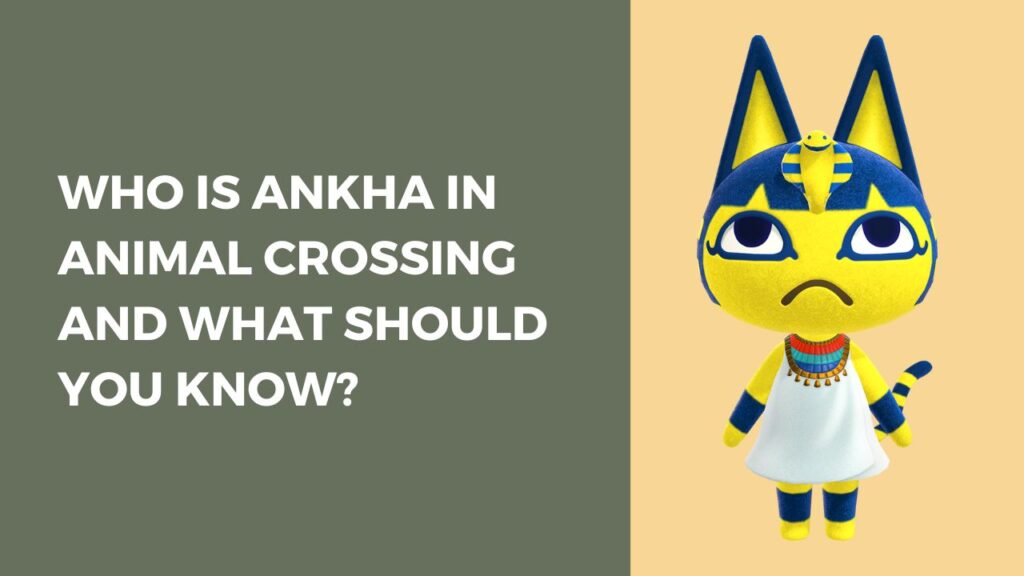 Egyptians and Internet users both love cats, and many Animal Crossing fans have fallen in love with this one. Could it be that she has some of Cleopatra’s charm? Could it be her haughty way of acting?

Doesn’t her eyeliner look great? No matter what the situation is, Ankha’s appeal can’t be turned down. You would fall in love with Ankha Animal Crossing as you continue reading this article.

In Animal Crossing, what does Ankha do?

Ankha is a villager who lives in an area that looks like Egypt and is a snob. She first showed up in Animal Crossing. Since then, she has been in every game except Wild World.

Her most recent role was in New Horizons, and her fans are hoping that Animal Crossing: New Leaf will be her big break.

Also read: All About The Character Of Kiki In Animal Crossing

Her characters are drawn in an Egyptian style, and both their English and Japanese names are based on Egyptian symbols. The Japanese name for her was Nairu, which means “nile” in English.

Her new English name, Ankha, comes from the hieroglyphic letter Ankh. Both of these are great names that are great for her.

If you’ve played Animal Crossing, you know that many of the villagers are a little strange, and Ankha is no different. Ankha Animal Crossing looks good because of her style.

Their spots, ears, and hair are a dark blue color, which goes well with her bright yellow fur. Her eyeliner is a dark blue that looks like it came from ancient Egypt.

She also wears a crown that looks like the ones Cleopatra wore. Her short, straight bangs frame her face in a nice way.

She acts like a snob because she is always squinting and frowning. When she closes her eyes, you can see that the lids of her eyes are painted orange.

Ankha Animal Crossing wears a Palatial Tank Dress to finish off her Egyptian-inspired look. This dress is a huge step up from her Mummy Shirt from New Leaf.

In English, the phrase “me meow” is used to describe Ankha. She is a cat, so it makes sense that she says “meow.” As a Snooty villager and a royal Egyptian cat, “me” shows how self-centered she is.

She uses the kanji kufufu, which is a combination of the name of the Egyptian pharaoh Khufu and the sound of a laugh in Japanese. What a great way to put it!

Also see: What Should You Know About Bob Animal Crossing?

A Look at Ankha’s Personality

Because she is Snooty, Ankha likes the arts. She likes to talk about fancy food, great art, and the latest fashions. If you keep wearing the same outfit, she might even say something about it.

Because of who she is, she can be a little abrupt and straight-forward with the other villagers, especially her Smug neighbors who are always bragging about how good they are at art and literature.

Ankha’s tendency to be negative is too strong for this to change.Even so, she can still make friends with people who are different from her. If she has a problem with one of her neighbors, Jocks or Lazies, she is willing to work things out quickly.

Ankha gets along just fine with her neighbors, who are Normal, Peppy, and Snooty.

She likes to talk to the villagers in Normal about spa days and designer clothes while giving them advice on how to feel better about themselves.