Reasons Why Relationship Fails And What To Do About Them? 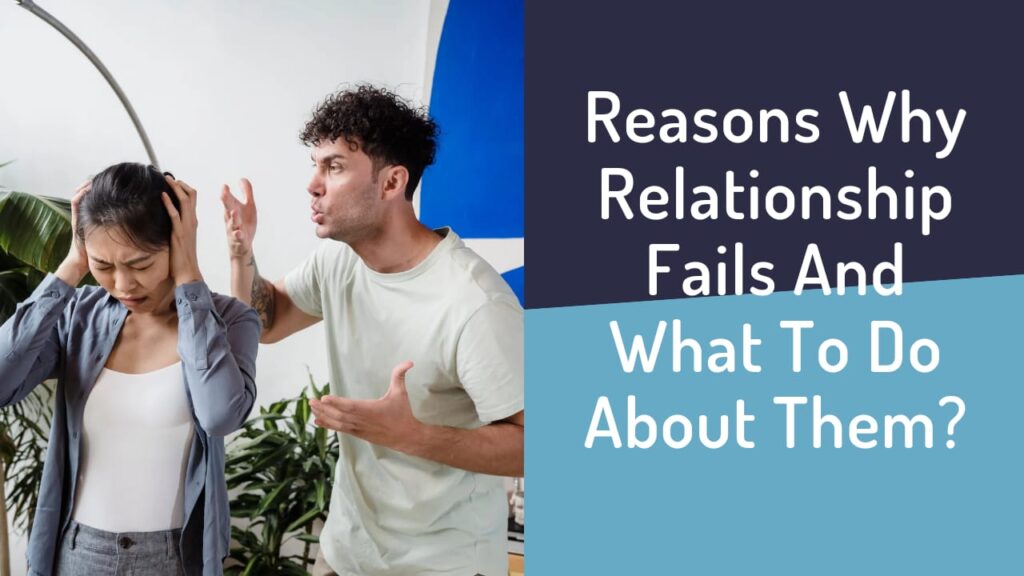 Every possible reason why a relationship might end is talked about, and the article’s findings are also analyzed. Let’s learn what are the major reasons why a relationship fails, so you can avoid them. If you are the one who has got cheated on, and if you are ailing. Then, you should give read Ways to Gain Back Trust in A Relationship after You Get Cheated.

Uncertainty or not having enough faith

Both people in a relationship need to feel safe in each other’s care for it to grow. Trust can be broken if one partner can’t give the emotional support the other needs or if either partner is seen as not trustworthy.

If your partner always tries to avoid answering your questions or gives you the run around, that should be a red flag. If you don’t trust each other from the start, the relationship is doomed to fail.

What would you do if you found out that your partner had lied to you about something important in your relationship? When people lie, they can cause a lot of damage. Was it just a small lie to make everyone feel better, or was the liar trying to hide something? Lying is one of the worst reasons why relationship fails.

Also read: The Best Tips To Make Your Husband Love You Again

If you show extreme possessiveness

If the person you’re dating is very possessive, you might want to ask yourself, “Does this seem healthy?” Does your significant other often follow you around or try to stop you from going to see your friends? Don’t be extremely possessive about your partner unnecessarily as it is one of the major reasons why relationship fails.

In balance, jealousy can be a good way to remind yourself not to take the other person for granted. But you should be wary of someone who is too possessive or shows signs of pathological jealousy.

Infidelity would trigger your relationship to fail

When you think your boyfriend is cheating on you, you might feel like your world has been turned upside down. It’s possible that how you feel about this person has changed. How likely are they to be who you think they are?

A relationship that has a lot of lying, jealousy, and cheating in it doesn’t have a good chance of lasting.

If all you can talk about is the kids’ schedules or what needs to be done this weekend, your conversation has become purely transactional. Communication must cover a wide range of topics to be considered healthy.

Even though it doesn’t look like it, a couple who says they’ve never fought is not in a good place emotionally. It usually means that both people would rather not fight. They’d rather not cause trouble by bringing up controversial topics. It’s better for a couple to fight sometimes and talk about their problems and feelings than to never fight at all.

Lack of respect between partners

Even if a couple doesn’t always agree on everything, few things cause as much stress as money problems. One of them might be a spendthrift, while the other would rather save money. Not so much that they have different ideas about how to spend and save money, but that they talk about money in fundamentally different ways.

So, during a fight, it’s important to look at how each side is treating the other, whether it’s about money or something else. Do you respect the person you’re seeing? Do they make fun of you every time you talk about it? Or does your partner look down on you, sneer, and roll their eyes at you? These actions show that people in the community don’t respect each other.