Recognize Gestational Diabetes Before It Gets Worse

Symptoms Of Gestational Diabetes That Are Important For You To Notice

What causes gestational diabetes are metabolic disorders. Your chances of getting diabetes rank high with the disorders in metabolism. Caused by the body’s inability to maintain an appropriate quantity of glucose in the blood, this condition has serious consequences. Everything we eat, from macronutrients like protein and fat to micronutrients like vitamins and minerals, is broken down into glucose in the end. All of the systems in our bodies get the fuel they need to work well from glucose. Cells cannot take up glucose from the blood and use it for energy without insulin. One of the many things the pancreas does is make the hormone insulin.

Patients Of Gestational Diabetes Go To The Bathroom More Often

This is because when there is too much sugar in the blood, the kidneys get a message to work harder. They then get rid of the extra sugar through urine so it doesn’t hurt the body. Extra sugar in the urine can attract water, so it’s not surprising that this makes you have to go to the bathroom more often.

Feeling constantly hungry is a common complaint among those who have diabetes or are at high risk for developing the disease. You are always tempted by both healthy and unhealthy foods. Your brain will keep telling you to eat, even if your stomach is already full.

This is because people with diabetes can’t control how much sugar is in their blood on their own, so their blood sugar levels change a lot. If they drop too quickly, the brain will think this means there isn’t enough glucose and send signals to the hunger center. Because of these messages, people feel hungry. In order to get back to a healthy state, your doctor would prescribe you a gestational diabetes diet. 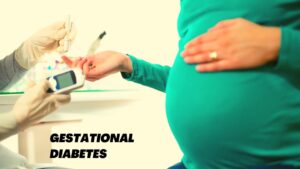 Gestational diabetes makes this symptom more obvious because people with the disease need to drink a lot of fluids all day and night. If you are at risk of getting diabetes, you should drink at least 1 gallon (almost 4 liters) of water every day. Another thing that might make you want to drink more water is that you won’t feel instantly refreshed and hydrated after drinking a glass of water or an energy drink. There is a direct link between how much fluid you drink and how much you pee.

When a lot of fluids and electrolytes are lost through urination, the kidneys send a signal to the thirst center in the brain. Increase your water intake according to your frequency of restroom breaks.

If the body can’t control high blood sugar levels, it can make a person feel tired and slow. Because your muscles aren’t getting the fuel they need, you might feel very weak or tired and be unable to do your normal activities.

Because you have a high level of insulin resistance, glucose can’t get into your cells. This means that your muscles don’t get the fuel they normally need to do daily tasks. Your body is breaking down the proteins in your muscles so that it can use them as a source of energy. You’ll be perpetually exhausted if you couple any of them with a lack of sleep.

When the amount of glucose (energy) in the blood drops, the body thinks it is starving and breaks down muscle proteins to give the cells new fuel. This happens because glucose is the body’s main fuel source. The bad things about this process are that it causes muscle loss and quick weight loss.

Symptoms Often Include Tingling Or Numbness In The Hands, Feet, Or Face

Feeling weary all the time is the result of a combination of not getting enough sleep and several other factors. A numb hand, foot, or another limb may be the first thing you notice when you wake up in the morning. The severity of your pain or burning sensation may increase as your disease progresses. The nerves and nerve endings in the hands and feet suffer damage when blood sugar levels are too high. The main cause of slow nerve repair is less blood flow to the extremities, which is caused by narrowed blood vessels and being far from the heart. This decreases the likelihood that nerves will receive oxygen and nutrients. Both diseases can make your limbs feel tingly and numb.

Symptoms Such As Redness, Irritation, Or Dryness Of The Skin

Several causes, including insulin resistance and high blood sugar levels, contribute to the chronic itching and irritation experienced by diabetic patients. Acanthosis nigricans, which occurs when the disorder has advanced, causes darkening of the skin in the creases of the neck and under the arms.

Possible causes include poor blood flow to the skin and excessive urine output from the kidneys. A possible link between insulin resistance and skin darkening has been found.

Slow wound healing is one of the most irritating complications of gestational diabetes. People with diabetes may have delayed recovery from even mild accidents. Distance from the heart and poor blood flow means that extremities are particularly vulnerable to a slowed healing process.

High blood sugar levels can cause vision problems by damaging the retina and other sensitive blood vessel tissues that supply the eyes. Another common symptom of diabetes is the sudden emergence of “floaters” in front of the patient’s eyes.

This is due to the fact that blurred vision is ultimately caused by damage to the blood vessels in the eyes. Additionally, edema and impaired focus can result from the lens losing fluid due to high blood sugar.

Gestational Diabetes Cause Yeast Infections In The Body Of Women

Women are prone to developing yeast infections. Yeast thrives in warm, damp environments, such as those found under the breasts, in the axilla, and in the genital area. Yeast thrives in the high glucose environments encountered in diabetic patients because it uses glucose in the same way that people do.

Women Suffering From Gestational Diabetes May Get Utis

Women with gestational diabetes are more likely to get urinary tract infections. Because of diabetes, bacteria that cause infections were able to get into the urinary tract and take up residence there. This led to fever, painful and burning urination, and in rare cases, bloody urine. Recurrent and chronic UTIs in women are caused by things like poor blood flow to the vaginal organs, high blood sugar, and a weak immune system.

Women Keep On Being Sick And Throwing Up

If your body is low on glucose, it will start using fat for fuel, which will result in the production of ketones. When ketones build up in the blood, they can make you feel sick and make you throw up by irritating the lining of your stomach.

Headaches can be caused by different things. You should see your physician if you suffer from severe headaches on a regular basis. High blood sugar levels cause the arteries in the brain to narrow, which in turn gives diabetics frequent headaches.

We have mentioned all the early symptoms of gestational diabetes in this article. Now, you are dutiful to be mindful of your health, especially during pregnancy. Moreover, you can explain your condition to the doctor better by recognizing the above mentioned symptoms.

The Positive Effects Of Safflower Oil On Health

Best Keto Soup Recipes That you Need To Definitely Try

Have Your Best Relationship With Online Couples Counseling

In response to the wide spread of COVID-19, many mental health professionals have moved their…